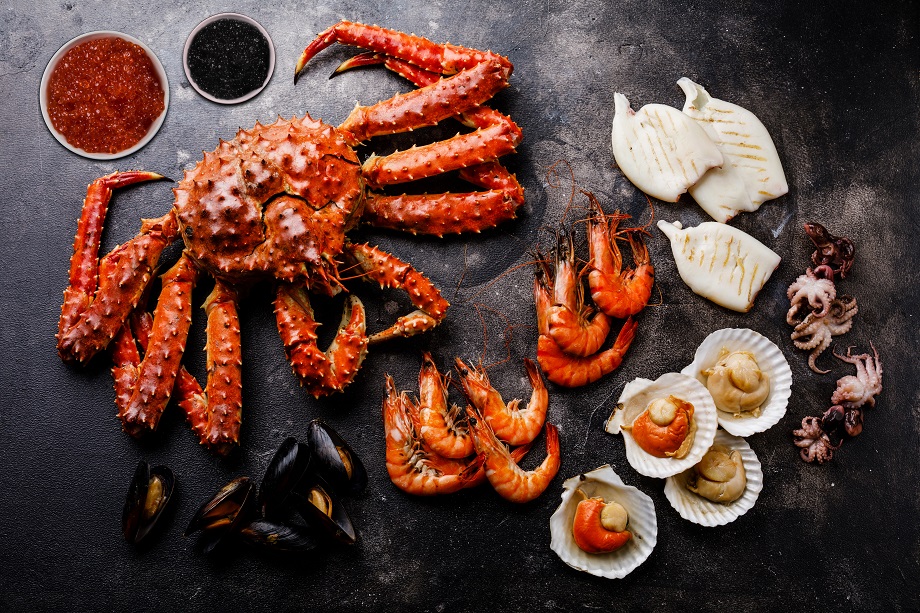 Seafood is an important source of (animal) protein in many diets around the world. It includes all types of fish, molluscs, crustaceans, aquatic plants and other aquatic animals. Seafood provides the world’s prime source of high-quality protein: 14???16% of the animal protein consumed worldwide; over one billion people rely on seafood as their primary source of animal protein.
It???s recomended that at least two portions of seafood should be consumed each week, one of which should be oil-rich.
Oil-rich fish such as mackerel or herring are rich in long chain Omega-3 oils. These oils are found in every cell of the human body, and are required for human biological functions such as brain functionality.
Whitefish such as haddock and cod are very low in fat and calories which, combined with oily fish rich in Omega-3 such as mackerel, sardines, fresh tuna, salmon and trout, can help to protect against coronary heart disease, as well as helping to develop strong bones and teeth.
Shellfish are particularly rich in zinc, which is essential for healthy skin and muscles as well as fertility.

Russian Kuril Islands region is one of the main fishery areas. Owing to it’s location along the Pacific shelf edge and the confluence of Okhotsk Sea gyre and the southward Oyashio Current, the area is surrounded by waters that are among the most productive in the North Pacific, supporting a wide range and high abundance of marine life. It???s the habitat for sea urchins, various mollusks and countless other invertebrates and their associated predators. Many species of squid provide a principal component of the diet of many of the smaller marine mammals and birds along the chain.

Alaska pollock, Pacific cod, several species of flatfish, such as Flounder and Halibut are of the greatest commercial importance.

Our presence in the Russian Far East and team of specialists in seafood enable us to source the best that fishery industry in Russia could offer and export it to various markets including Asian Pacific, Australia and New Zealand, European countries.

The red king crab is the largest species of king crab. Red king crabs can reach a carapace width of up to 28 cm (11 in), a leg span of 1.8 m (5.9 ft), and a weight of 12.7 kg (28 lb). Males grow larger than females. Today red king crabs infrequently surpass 17 cm (7 in) in carapace width and the average male landed in the Bering Sea weighs 2.9 kg (6.4 lb). It was named after the color it turns when it is cooked rather than the color of a living animal, which tends to be more burgundy. The red king crab is native to the Bering Sea, North Pacific Ocean, around the Kamchatka Peninsula and neighboring Alaskan waters. 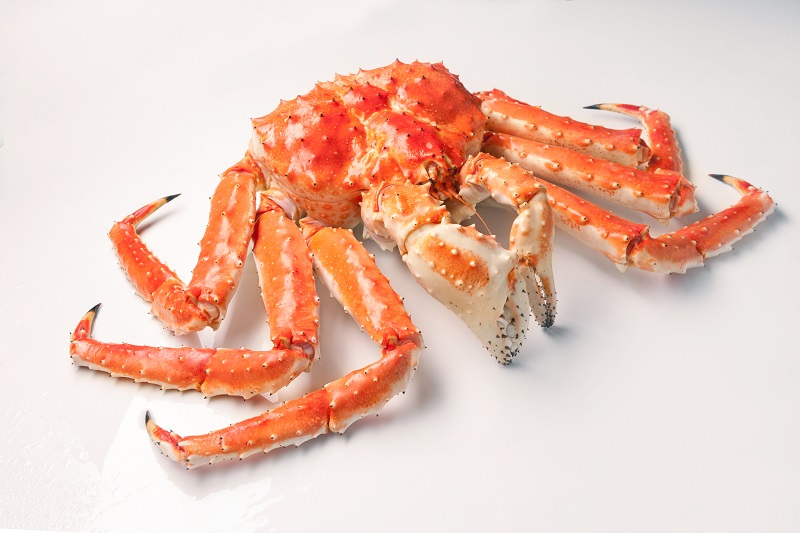 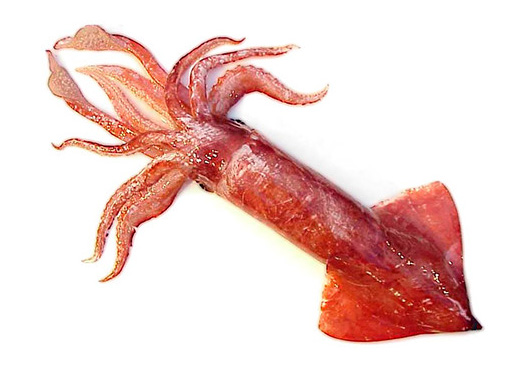 Berryteuthis magister, also known as the magister armhook squid, commander squid or schoolmaster gonate squid, is a medium-sized squid in the family Gonatidae. It is found in cold, high latitude waters of the North Pacific where it is among the most numerous squid species recorded. The cylindrical bodies of magister armhook squid are muscular with very soft reddish brown skin. The squid we supply is once frozen on board at the sea , with no chemicals used. Its doesn???t need to be tenderised and beautiful and tasty as it is. We supply it as whole round, gutted, tubes, tentacles, fillets, bulk or retail packed.

Flounders are a group of flatfish species. They are demersal fish, found at the bottom of oceans around the world;The name «flounder» is used for several only distantly related species, though all are in the suborder Pleuronectoidei.

White-belly Flounder/Rock Sole is one of the types commonly found in Far Eastern region cold seas. The meat is very tasty, soft, has a grayish color, especially on the dark side of the flounder.When cooking the meat brightens. It???s excellent for frying, drying, smoking. 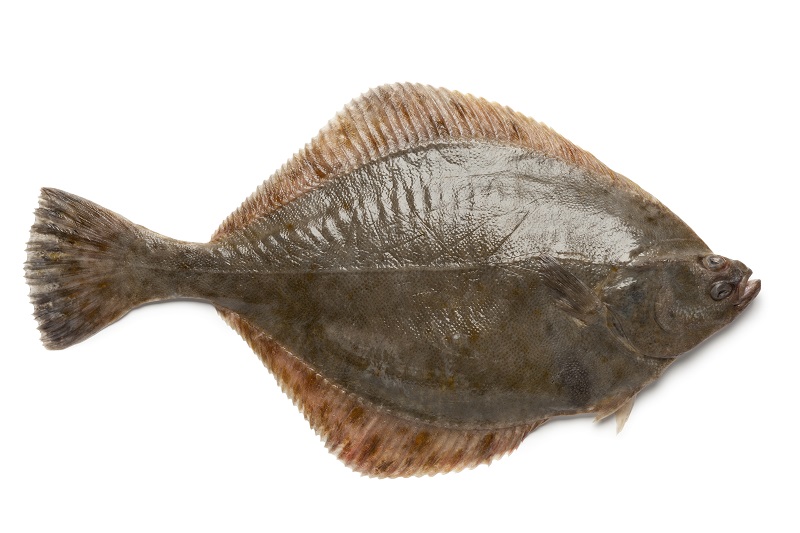 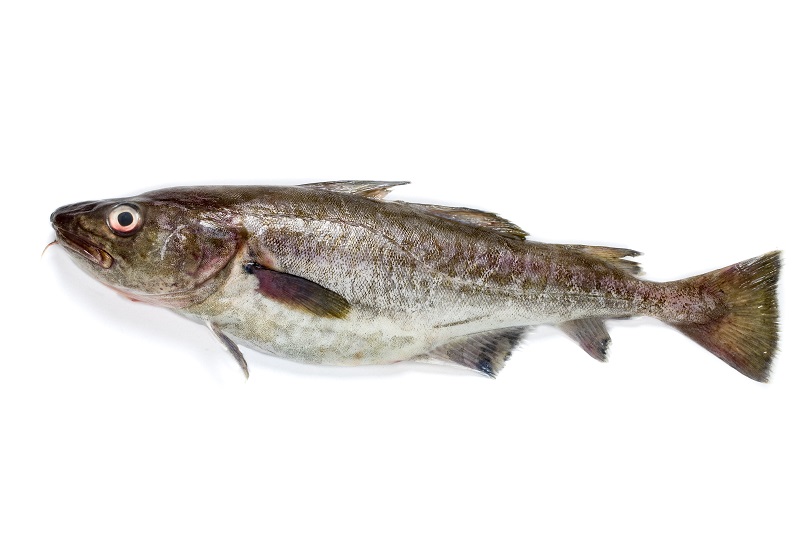 The Pacific cod, Gadus macrocephalus, is a species of ray-finned fish in the family Gadidae. It is a bottom-dwelling fish found in the northwestern Pacific Ocean, mainly on the continental shelf and upper slopes, to depths of about 900 m (3,000 ft).

It can grow to a length of a meter or so and is found in large schools. It is an important commercial food species and is also known as gray cod or grey cod, and grayfish or greyfish.

Black caviar. Black Caviar — The main types of caviar are Beluga, Sterlet, Kaluga hybrid, American osetra, Ossetra, Siberian sturgeon and Sevruga. The rarest and costliest is from beluga sturgeon that swim in the Caspian Sea, which is bordered by Iran, Kazakhstan, Russia, Turkmenistan, and Azerbaijan. Beluga caviar is prized for its soft, extremely large (pea-size) eggs.

It can range in color from pale silver-gray to black. It is followed by the small golden sterlet caviar which is very rare. Next in quality is the medium-sized, light brown to rich brown Ossetra. Others in the quality ranking are the gray sevruga caviar, the Chinese Kaluga caviar, and the American osetra. The Chinese Kaluga hybrid varies in color from dark gray to light golden green and is a very close cousin of Beluga Caviar. 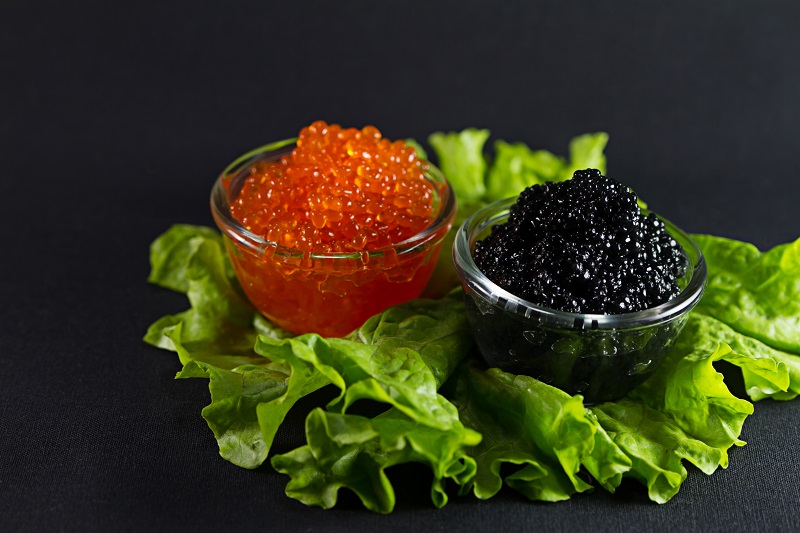 Thanks for your request!